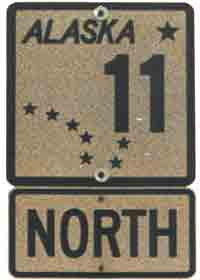 OK- I missed last week's Ice Road Truckers largely because I was imbibing in large quantities of alcohol and watching fireworks before leaving a trail of bottles and patio furniture (but mostly bottles) back to Chalet Fenway. But apparently the History Channel showed a promo that I just now heard about that will feature some of the Ice Road Truckers hauling cement on one of the mountain roads on the Indian side of the Himalayas.

Besides the discussions on the History Channel bulletin boards (apparently some people actually saw the Ice Road Truckers: Himalayas promos themselves but couldn't believe it), a number of articles interviewing Lisa Kelly or Alex Debagorski make mention of their trip to India appear after my customary half-assed internet search while some video of a blue-mohawk sporting Rick Yemm in the Himalayan foothills have been circulating.

OK...besides the really obvious questions like 'What would Lisa Kelly look like in a sari?' or 'Is there some smoldering Bollywood bombshell out there who secretly longs to become a truck driver on a dangerous mountain road?', I have to wonder if the road they're using for Ice Road Truckers: Himalayas would actually be an 'ice road' in the show's definition where they drive across frozen bodies of water. Technically the Dalton Highway might not count but Jack Jessee and Lisa Kelly were shown continuing on past Deadhorse and onto Prudhoe Bay itself.

The two Canadian truckers who have been with the show since its inception- Alex Debagorski and Hugh Rowland- can now add 'author' to their resumes. Last month, Hugh Rowland's On Thin Ice was released by Hyperion press. Alex Debagorski, who wore many hats before the History Channel series even began, has a book due out in November.
Posted by Fenway_Nation at 10:42 PM