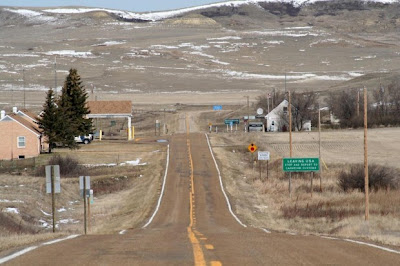 A study released in February indicates that just over 32 miles of the nearly 4,000 mile US/Canadian border is considered 'secure' according to the Government Accountability Office (GAO).

The Department of Homeland Security (DHS) states the threat of terrorism from the northern border is higher than from the southern Mexico border, given the large expanse of area with limited law enforcement coverage. DHS reports networks of illicit criminal activity and smuggling of drugs, currency, people, and weapons across the northern border.

The report focuses on whether federal agencies are working together to secure the vast stretches of the border owned by the federal government.

The study points out critical gaps in security along the U.S.-Canadian border that limit the ability of Customs and Border Protection to fully secure the border—gaps including a lack of interoperable communications systems and limited sharing of intelligence and information between local and federal officials.

Although certainly not marred by the bloody narco-violence like Mexico, there are concerns that radical Islamists would attempt to enter the USA through Canada to carry out attacks. In December 1999, an Algerian national was arrested at Port Angeles, WA after entering the country from Victoria, BC when a search of his vehicle turned up plastic bags filled with explosives and some homemade timing devices.

MICHIGAN: Drug traffickers flying in private aircraft have taken to making their drops at small, rural and sometimes unstaffed airports along some border states. 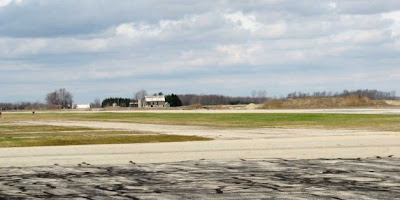 The bust by federal agents didn't happen on the southwestern border. It was in Michigan's rural Thumb region next to a soybean field. The remote airport here in Sandusky offers a smooth runway at any hour to anyone who needs it, a perfect landing spot for brazen drug smugglers who can cross the Great Lakes from Canada in minutes.

Beefed-up enforcement along the Mexican border has made smuggling more challenging for criminal cartels using the major southern routes, but drugs continue to flow across the porous northern border through airstrips like this one as officials look for new ways to fight back.

Tracking rogue planes at low altitude with their transponders off is “like trying to pick a needle out of a haystack,” said John Beutlich of U.S. Customs and Border Protection, who oversees air and marine operations from Washington state to Maine.

He installed a fence to keep cars from meeting planes at the runway, but the property is not staffed at night. Border agents could offer just two signs asking people to call an 800 number if they see something unusual.

Canada is a significant source of high-quality marijuana and the amphetamine Ecstasy. More than 2 million doses of Ecstasy were seized on the northern border in 2009 compared to just 312,000 in 2004, the Drug Enforcement Administration said, offering a snapshot of what's popular and what gets confiscated.

Most shipments come by road. But the 2009 flight from Ontario to Michigan, the subject of a recent federal trial, provided insight into drug operations that use small planes. Officials don't know how frequent such flights are but consider the vulnerability alarming.

Matthew Moody and nephew Jesse Rusenstrom, both from Amherstburg, Ontario, were the couriers captured that night in Sandusky. Their job was to enter the country through Detroit, meet the Canadian plane and deliver the drugs to others in the U.S. They also put 27 kilograms of cocaine worth more than $500,000 on the return flight to Guelph, Ontario.

Matthew Moody and nephew Jesse Rusenstrom, both from Amherstburg, Ontario, were the couriers captured that night in Sandusky. Their job was to enter the country through Detroit, meet the Canadian plane and deliver the drugs to others in the U.S. [In addition to the 79kg of pot and 400,000 ecstacy pills they had flown in and were apprehended with] they also put 27 kilograms of cocaine worth more than $500,000 on the return flight to Guelph, Ontario.

It was just one in a series of shipments. Mr. Rusenstrom said he met the drug plane at least 10 times at other tiny airports in the Thumb region — Marlette, Ray, Lapeer — as well as in Greenville in western Michigan and an airport in Pennsylvania. The pilot activated runway lights from the cockpit, a standard practice in aviation.

Mr. Rusenstrom, testifying at the trial of an accomplice, Robert “Romeo” D'Leone, said hundreds of airports were studied on Google Maps.

“We would go around looking for airports, seeing if there was fences or cameras,” the 21-year-old told jurors.

Mr. D'Leone, who lives in the Toronto area, stopped his trial and pleaded guilty on April 14. Mr. Rusenstrom and Mr. Moody co-operated, pleaded guilty and were recently sentenced to time served in custody. The U.S. still wants to extradite four others in Ontario who are accused of major roles, including the pilot.

Some jurors were alarmed by the revelations during the D'Leone trial.

“You always hear Homeland Security has an eye on everything. It's surprising that airfields aren't manned 24 hours,” Robert Simpson, 47, told The Associated Press.

The Sandusky airport has spent $2,000 on cameras and hopes to install more.
“We're outside radar,” Mr. Allen, the manager, said, running his finger over a map of Michigan's Thumb. “You can come and go as you please. You don't even have to file a flight plan.”

The minimal help he received from border authorities — warning signs — had to be fixed before he posted them: They referred to suspicious boats, not planes.

[What is it with Homeland Security and thinking signs are the answer!?- NANESB!]

NEW YORK: Another locale popular with smugglers and organized crime on both sides of the border is the Akwesasne Indian Reservation just outside of , which straddles the borders between New York State, Quebec and Ontario along the St Lawrence River.

The area's unique geography and patchwork of jurisdictions on both sides of the border has had the attention of smugglers and bootleggers since Prohibition. In more recent years, local residents will either run contraband across the border themselves- either in snowmobiles during wintertime or motorboats when the St Lawrence is navigable- or charge landing fees to smugglers for using their property.

While there are some cigarette factories on the US side of the reservation, the sale of tax free cigarettes on reservation stores has caught the attention of groups like the 'Ndrangheta, Hells Angels and Bulgarian Mafia who will often purchase cigarettes in bulk then turn around and sell the untaxed cigarettes in high tax municipalities like New York City, Montreal or Toronto.

Terrorist organizations such as Hezbollah and the Real IRA have also raised funds through trafficking untaxed cigarettes in the last decade.
Posted by Fenway_Nation at 8:49 AM