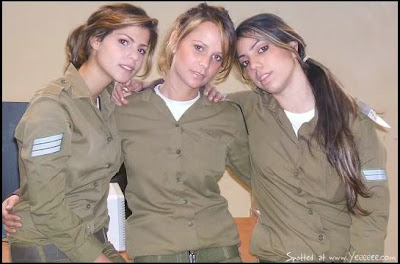 This week marks the 63rd anniversary of Israel's independence. What can I say about Israel that far more swift, competent and knowledgeable bloggers haven't already said about the Holy Land?

Israel being surrounded by hostile nations and the sea has meant that she has had to be on guard for constantly changing and evolving threats throughout her existence.

But even with the proverbial sword of Damocles hanging over it's head, Israel has managed to develop a robust economy centering for the most part around the defense technology, pharmaceutical, telecommunications and tourism sectors.

The discovery of considerable natural gas deposits in the offshore Leviathan and Tamar basins earlier this year also is poised to put Israel at an advantage as far as energy is concerned, possibly making her a net exporter of energy for the first time in its history. 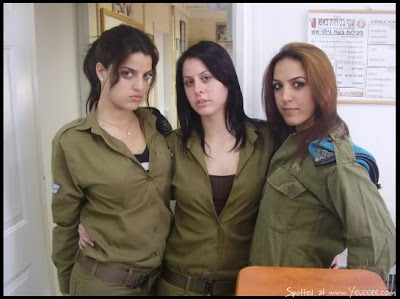 But there is so much more to Israel than thousands of years of history and a robust military industrial complex, there's also attractive young women in peak physical condition in snug olive-drab uniforms.

The Israeli military, known as the IDF, is the 11th largest in the world according to some sources. While some of the women depicted above would be ideal for IDF recruiting posters, it would actually be a wasted effort as the IDF has near-universal conscription for both men and women.

Yet the camera seems to love them nonetheless, and from the looks of it this is a relationship that so many of us can enjoy the fringe benefits from.