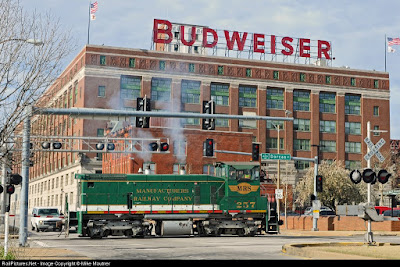 MISSOURI: Anheuser-Busch [NYSE: BUD] filed notice with the Surface Transportation Board that it will cease operations altogether on it's 13.5 mile Manufacturers Railway serving the A-B brewery in St. Louis.


The brewer told regulators that running the railroad "has become highly unprofitable," losing $700,000 last year and with a projected loss of $1.4 million this year. A-B has increasingly turned to trucks for shipping. Also, outside businesses, such as a brick salvager and a box maker, have stopped using A-B's rail service, the company said.

A-B said it would contract with other railroads to bring in supplies for making beer, as it does at its 11 other U.S. breweries. In St. Louis, trains bring in an average of six carloads of grain, celite and magnesite each day.

But the days of trains carrying out beer are gone, the brewer said. The last beer shipment by rail occurred on March 13.

"It's an end of an era," said Gregg Ames, curator of the John W. Barriger III National Railroad Library at the University of Missouri-St. Louis. 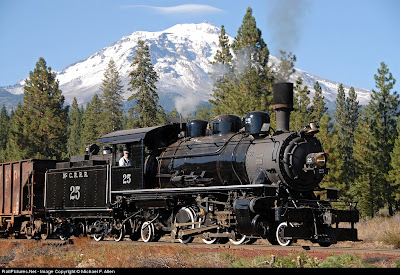 OREGON: Former McCloud River Railroad ALCo 2-6-2 #25 (shown above on the wye at McCloud, CA during an October 2008 charter) has found a new home to the north. The Garibaldi, OR based Oregon Coast Scenic Railroad acquired the restored ALCo steamer earlier this year and it was reportedly being transported to the western Oregon line back in March.

The 1925-built Prairie type locomotive was purchased new by the northern California logging railroad and after 30 years of service was replaced by a GE 70-tonner. The #25 remained on the property after its 1955 retirement, but was restored to working order as far back as 1962 and frequently in excursion service. McCloud River #25 is best known for it's appearance in the 1986 film Stand By Me. After appearing in the film, the #25 remained dormant for about 10 years while McCloud River #18 (a 1914-built 2-8-2) and a fleet of relatively modern EMD SD38s handled much of the excursion duties.

However, the #25 was restored in the late 1990s and would alternate excursion duties with #18 before the McCloud River filed to abandon all but 3.3 miles of trackage. The #18 went to nearby shortline Yreka Western for a few years before being sold to Nevada's Virginia & Truckee while the #25 remained on the property, powering intermittent excursions or charter trains until late 2008 when she went into storage and much of the McCloud river track was pulled up.

However, the #25 could not reach the Oregon Coast Scenic Railroad by rail, since its parent company- the Port of Tillamook Bay Railroad suffered considerable flood damage damage to it's 95-mile line between Tillamook to Banks, OR during a December 2007 storm and has yet to reopen. 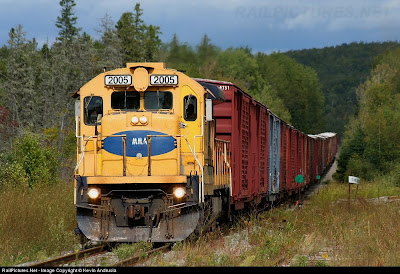 MAINE: Shortly after ownership of more than 230 miles of the Montreal Maine & Atlantic line between Millinocket and Madawaska, ME transferred to the Maine DOT, the state of Maine had managed to line up a new operator last month.


PORTLAND — A Canadian company with a rail line in Maine has been chosen as the new operator for 233 miles of state-owned lines in northern Maine formerly owned by the Montreal, Maine and Atlantic Railway, the Maine Department of Transportation announced today.

A five-member selection committee unanimously chose Eastern Maine Railway from among five applicants to run what is now known as the Aroostook Lines. The track, which stretches from Millinocket to Madawaska, had been in danger of being abandoned before the state agreed to purchase it and find a company to operate it.

Eastern Maine Railway is the U.S. affiliate of NB Southern Railway, which is part of J.D. Irving Ltd. based in Saint John, New Brunswick. The company has tracks in Maine that run about 100 miles from Brownville Junction to Vanceboro, along the Canadian border.

The selection committee was impressed by EMR's operating and business plans, said Denis Berube of the Northern Maine Development Commission in Caribou and a member of the committee.

"They really came across as being very dynamic in terms of chasing after the business, essentially wanting to satisfy the needs of the customers," he said. "They were in tune with what's going on in (Aroostook) County."

The track in northern Penobscot and Aroostook counties was at risk after the Montreal, Maine and Atlantic Railway filed notice with the federal Surface Transportation Board that it intended to abandon the track. The company said it was losing millions of dollars a year on the line.

But the line was saved when the state agreed to buy the track and track rights for $20.1 million. The federal government agreed to contribute $10.5 million for track upgrades.

When the state acquired the tracks, Montreal, Maine and Atlantic Railway agreed to continue operating them until mid-June, if needed. MM&A still owns and operates another 541 miles of track running from Maine to Montreal, with a short side track into Vermont.

The track, which includes branch lines to Caribou, Presque Isle, Easton, Houlton and Limestone, is a vital economic asset in northern Maine, said Nate Moulton, the transportation department's rail program director. For more than a century, rail cars have used the tracks to carry potatoes, paper, lumber and other products out of the region bound for markets across the U.S. and beyond.

The New Brunswick Southern presently operates about 225 miles of former Canadian Pacific trackage in Maine and New Bruswick and is a subsidiary of St. John, NB based J.D. Irving, Ltd 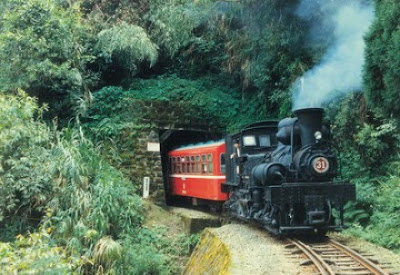 TAIWAN: Five passengers were killed and 84 were injured when cars from an excursion train in Taiwan's Alishan National Forest derailed and plunged down an embankment.


The Council of Agriculture (COA) said the accident occurred at 12:17pm when a large tree next to the tracks fell and hit the last car of the train. Four of the train’s cars were derailed, with two tumbling down the embankment.

Most of the passengers aboard the train were tourists from China. Alishan is one of the most popular destinations among Chinese tourists to Taiwan, rescuers said.

After being privatized in 2008, many portions of the line suffered extensive damage after a 2009 typhoon and the Council of Agriculture's Forestry Commission has been seeking to transfer operations to the Taiwan Railway Administration before the end of the year. Although mostly dieselized, the railway will bring out the American-made geared Shay steam locomotives on occasion.

WISCONSIN: The CEO of the Wisconsin Southern has been charged with illegally funneling campaign contributions towards candidates for office including current Wisconsin Gov. Scott Walker.

Gardner pleaded guilty in Washington County Circuit Court to both counts in exchange for a recommendation from prosecutors that he serve two years on probation. He also won't be permitted to vote until he completes his sentence.

Investigators learned that between November 2009 and April 2010, Gardner reimbursed himself out of the railroad's expense account for $10,000 in donations he made to Republican Gov. Scott Walker's campaign and another $4,000 he gave to the Assembly Democratic Campaign Committee and former Democratic Assembly Speaker Mike Sheridan of Janesville. He also asked a handful of railroad employees to donate to Walker's campaign and reimbursed them with company funds.

Gardner came forward about a week after the probe began and told election officials he had used company money to reimburse his employees for political contributions and cooperated with investigators. Walker, who was in the midst of a primary at the time, promptly returned about $40,000 in contributions from Gardner and Wisconsin & Southern employees. Gardner has said he donated that money to charity.

The Milwaukee-based railroad operates about 700 miles of former Milwaukee Road and Chicago & Northwestern throughout southern Wisconsin as well as trackage rights to Chicago over Chicago's Metra commuter rail. 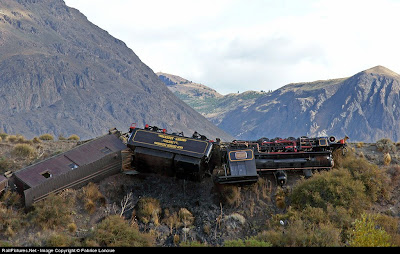 About 20 people were injured in southern Argentina when a narrow gauge excursion train derailed in high winds on April 23rd.

La Trochita, also known as the Old Patagonian Express is a 2 ½ foot gauge railway running between Ingeniero Jacobacci in Rio Negro Province to Esquel in Chubut province. Construction on the line began 1935 and worked its way some 400km south through the windswept Patagonian landscape to reach the provincial town of Esquel in 1945. With a fleet of small Baldwin and Henschel steam locomotives, La Trochita made the transition from state run revenue railroad to a heritage railroad in the early 1990s. 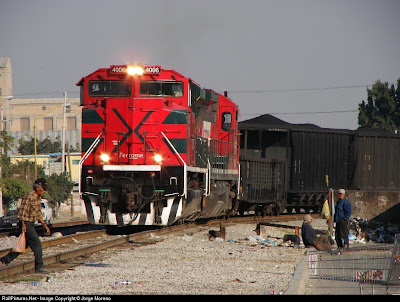